Birds of the Białowieża Forest

For over 40 years we have been studying birds in the Białowieża Forest, despite it being situated 600 km from the University. This because of the uniqueness of this forest – it is the last place in the world where large fragments of primeval lowland temperate deciduous forests have survived. In this magnificent lab of nature it is still possible to collect observations on phenomena and processes which do not exist or do not operate in forests greatly transformed by humans. The results gathered so far in the Białowieża Forest have forced us to reformulate numerous generalisations on forest bird’s ecology; they confirmed the extraordinary value of this area for nature conservation, biological science and culture.

Unfortunately only a small part of the Białowieża Forest is free of direct human impact. Over 80% of its area is open for logging and other management operations, which result in continuous loss of the unique features of the Białowieża Forest. Being aware of how critical is the retention of this Forest in its primeval state, we supplement research work with practical actions aimed at the preservation of the whole Białowieża Forest as a national park. Help us to preserve it, join our campaign! 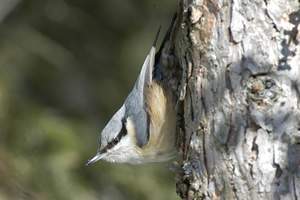 European Nuthatch Sitta europaea – one of many intensively studied species

Situated on the border between Poland and Belarus, the Białowieża Forest (c. 1500 km2) is the last remaining fragment of primeval deciduous forest of the northern temperate zone, a relic of vast forests that once covered the European lowlands. It is home to many species that are rare or extinct elsewhere, including the largest terrestrial animal of Europe - Wisent Bison bonasus and large carnivores (Canis lupus, Lynx lynx).

So far breeding of 178 bird species have been recorded there, including 107 woodland species. Many of them are old growth forest specialists. There are over 20 breeding species of birds of prey and owls (including Lesser Spotted Eagle Aquila pomarina, Short-toed Eagle Circaetus gallicus, Booted Eagle Hieraetus pennatus, Pygmy Owl Glaucidium passerinum, Tengmalm’s Owl Aegolius funereus), a diverse group of hole-nesters (including Three-toed Woodpecker Picioides tridactylus, White-backed Woodpecker Dendrocopos leucotos, Collared Flycatcher Ficedula albicollis, Red-breasted Flycatcher Ficedula parva), as well as species such as Crane Grus grus, Hazel Grouse Bonasa bonasia, or Black Stork Ciconia nigra. Just on account of its diversified avifauna the forest should be preserved as a site of global significance for bird protection. Yet it is not only single rare species but whole bird assemblages showing primeval characters (high diversity, low numbers) which should be preserved.

The diversity of other animal and plant taxa is equally astounding. So far c. 990 species of vascular plants, 200 species of mosses, 400 species of lichens, well over 3,000 species of fungi, over 9,280 species of insect and 58 species of mammals were recorded. Many of the 26 tree species occurring in the Białowieża Forest grow very tall (spruce Picea abies – up to 55 m, pine Pinus sylvestris, lime Tilia cordata, ash Fraxinus excelsior 42-45 m) and large (breast height circumference: oak Quercus robur – 720 cm, lime – 600 cm)

Especially weighty is an accumulation of species depending on old growth or decaying wood. For them, the continuation of current forestry measures constitutes a deadly threat. For example a pair of White-backed Woodpeckers requires 1-1.5 km2 of old growth rich in deciduous dead wood for their existence. Therefore, retention of a viable population of this species would demand preservation of large areas of old growth, containing much deadwood.
More data on diversity of the Forest flora and fauna are to be found in the papers listed below. This email address is being protected from spambots. You need JavaScript enabled to view it.. 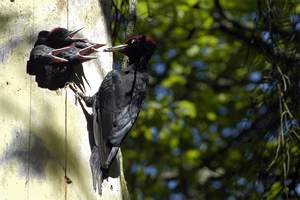 The Białowieża Forest is the last place in the world where large fragments of primeval lowland temperate deciduous forests have survived. It is a relic of vast forests which covered European lowlands in the prehistoric times. , it is home to many species that are rare or extinct elsewhere, including largest terrestrial animal of Europe - Wisent Bison bonasus.

The primeval fragments constitute a sort of living museum, can be used as “a window into the past”, through which one can get insights into the ecology and adaptations of temperate forest birds in pristine conditions. One can also observe here how forests develop and function without human intervention. Opportunities to gather such data makes the Forest of vital relevance for biological, conservation and forestry sciences. If we want understand evolution, if we want to restore Europe’s nature we must have a reference site, a yard-stick with which to measure the amount of anthropogenic change. It has the same value for biological sciences as the Hubble telescope has for astronomy or CERN lab for particle physics. The only difference is that in the case of the destruction of CERN or Hubble we could build replicas, whereas the loss of the primeval forest would be irreversible.
Unfortunately continuation of logging in remnants of pristine stands of over more than 80% of the Białowieża Forest will inevitably lead to the destruction of its unique qualities. We cannot allow this; we cannot afford to lose this priceless biological lab!

More data on importance of primeval forest as a benchmark are to be found in the papers listed below. This email address is being protected from spambots. You need JavaScript enabled to view it..

Wesołowski T. 2005. Virtual conservation: How the European Union is turning a blind eye to its vanishing primeval forests. Conservation Biology 19: 1349-1358. 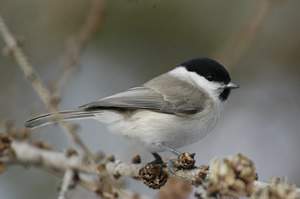 The primeval forest with its huge old trees (tallest spruces exceed 55 m, tallest oaks exceed 40 m height), fallen logs and tangle of uprooted trees, has been a spiritual inspiration for generations of people. It constitutes an important part of the cultural heritage of Poland, Belarus and Lithuania. That such a forest has survived in the middle of densely populated Europe is by no means an accident, but the effect of conscious decisions of our ancestors, a consequence of great efforts invested in protection of this forest by generations of people. Since the XVI century till the World War I the Forest had been protected as hunting grounds of ruling families. Hundreds of wardens were employed to keep the forest free of poaching and extensive logging.

The attitude to the Forest changed during the World War I. Only then, the Forest - for the first time in its history - started to be seen primarily as a timber depot. Then, for the fist time, industrial logging operations began. Unfortunately they are being continued. The consequences of such treatment are dire; the forest is progressively losing its unique primeval features. We are squandering the treasure preserved thanks to the enormous efforts of generations of people. We have to preserve this forest. We owe this to all those people, thanks to whom the Białowieża Forest survived till the beginning of the third millennium. We owe this as well, to all those people who would like to come here in the future in search of their roots and inspiration. 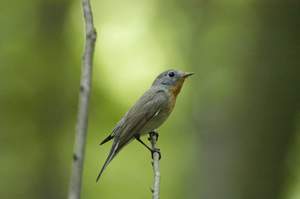